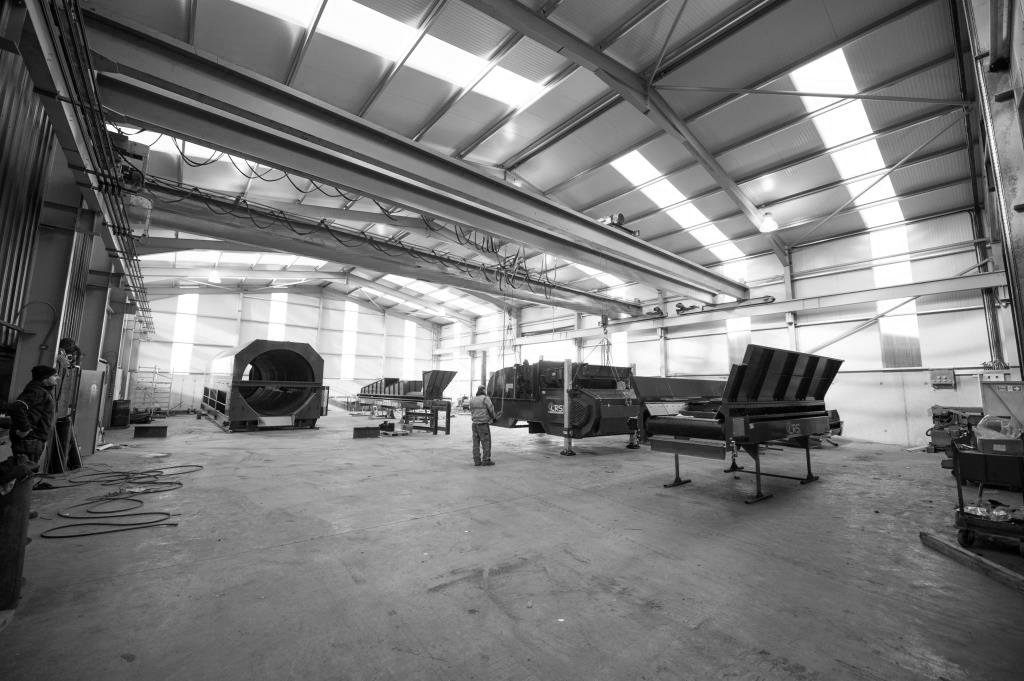 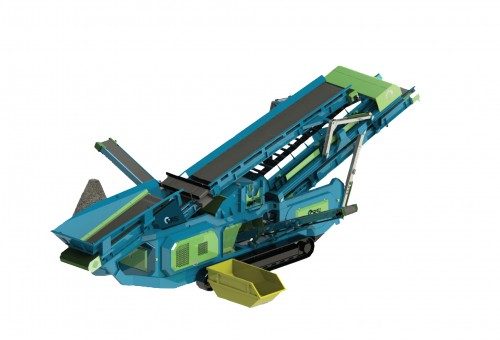 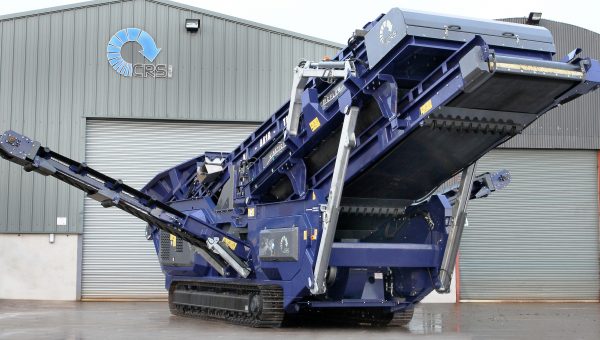 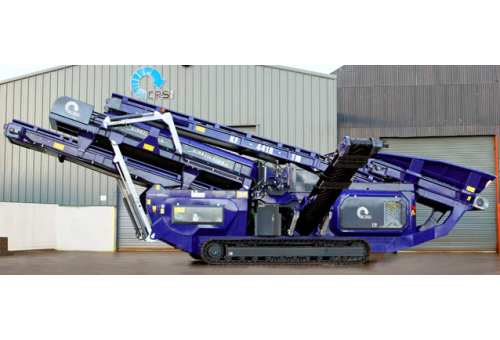 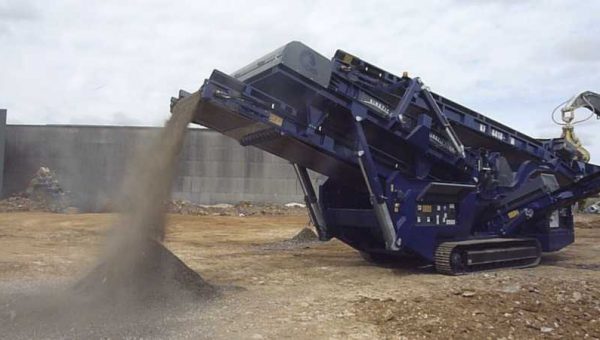 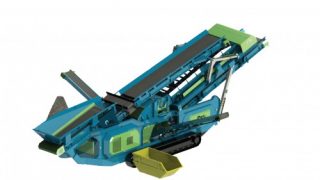 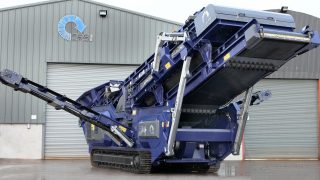 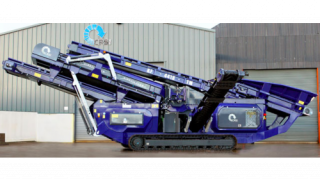 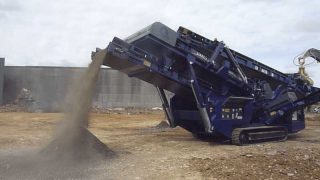 The new revolutionary screen for cleaning and sizing wet, sticky and troublesome materials has been introduced by CRS and is called: “Kinetic Flow”: never before has such energy been incorporated into a screening action.

The new revolutionary screen for cleaning and sizing wet, sticky and troublesome materials has been introduced by CRS and is called: “Kinetic Flow”: never before has such energy been incorporated into a screening action. Thanks to the CRS patented and award winning design, the action or pitch of the screen unit, can throw materials violently and high into the air giving time for separation to take place. All the screens are self cleaning as the design of the screen lets the apertures in the unit vibrate and stretch slightly, resulting in clean screens and products.

The K4 44 – 18 tm has a patented direct drive system which is unique and drives both decks giving maximum aggitation to troublesome materials. All ‘flip flow or flip flop’ type screens only use single deck drive with the bottom deck being carried by the top, creating a resonance movement only. This means that they cannot handle most heavy moist materials such as compost etc. As there is just not enough power, resulting in the screen stopping, or minimum tonnage per hour. This cannot happen using the kinetic flow range. Materials screened successfully by the KF 44 – 18 range include raw windrowed compost, trommel fines, gypsum, top and sub soil, coal, gypsum, aggregate, biomass, etc.

The new “kinetic flow” KF 44 – 18 tm has a direct feed conveyor with feed boot or belt feed system with feed hopper. Material passes under an overband magnet before being transferred on to the 4.4m x 1.8m kinetic flow screen unit. There the material is violently aggitated and catapulted upwards and outwards to ensure maximum screening and separation, before being decelerated by a mono layer plate which ensures an even spread of feed into an air separation unit which then separates the light and heavy fractions. The fines are transferred to the front of the machine via a 1500mm

The K4 44-18 can be manufactured in any configuration. For example, customers are finding that using the kinetic flow increases production in their recycling processes. As trommels now can be opened up from 20 – 30mm (previously a bottleneck), to 50 – 60mm doubling their production by simply putting a collection conveyor under the trommel fines. Then running them over a kf 44 – 18 fixed screen unit, taking them down again to 6 – 10mm, which in turn can be split by the air separation unit, giving organic fines which can be blended with topsoil, aggregate can be sold for pipe fill and lights which can be put back into the process, resulting in little or no landfill costs. 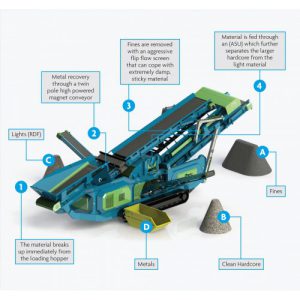